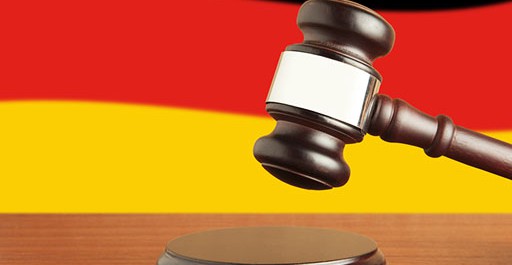 International-related marriages often beg the question which jurisdiction is applicable in case of a divorce. When it comes to a conflict of laws, the applicable law in most countries is regulated by International Private Law. In Germany, those regulations can be found from several sources.

The German International Private Law distinguishes between the general requirements of marriage, the general effects of marriage and the matrimonial property regime. When it comes to a divorce, the applicable jurisdiction is determined by regulations of the European Union.

Article 13 of the Introductory Act to the German Civil Law (EGBGB) regulates the general requirements of marriage, meaning the legal requirements that need to be fulfilled in order to be entitled to marry.

Example 2: A Thai couple of the same sex wants to marry in Germany. Even if gay marriage is allowed in Germany, they can’t get married: Since the gay marriage is prohibited by Thai laws, the general requirements of marriage according to the Thai jurisdiction are not met. [Article 13 I, III EGBGB]

In summary when it comes to the general requirements of marriage, the marrying couple are both subject to both foreign and German law. This is to prevent marriages that are accepted in Germany, but not in the home country of the particular spouse.

The applicable law when it comes to the general effects of a marriage is determined by Article 14 EGBGB. General effects means the duties that arise from marriage.

For example, according to Section 1353 I S.2 BGB and similar to Thai law (Section 1461 of the Thai Civil Code), spouses in Germany are obliged to follow their connubial duties. They are obliged to take responsibility and support each other. They need to be faithful and show mutual consideration. They have to assist each other to provide for the necessities of living such as shelter, food, and clothing.

Example 4: A Thai couple lives and marries in Germany. The general effects of marriage are determined by Thai law. Thai law is also applicable, if one spouse takes out the German citizenship during marriage. [Article 14 I Nr.1 EGBGB]

Article 15 EGBGB determines the applicable jurisdiction according to the matrimonial property regime. Property regimes determine how assets and gains are distributed between the spouses during marriage and in case of divorce. According to this section, the applicable jurisdiction is the same as in Article 14 EGBGB, with the only difference that Article 15 refers to the time of contraction of marriage.

Example 6: A Thai couple lives and married in Germany. They didn’t make any mutual agreement. The property regime is determined by Thai law. [Article 15 I and Article 14 I Nr.1 EGBGB]

Example 7: A mixed Thai-German couple lives and married in Thailand. They didn’t make any mutual agreement. They move to Germany. In case of divorce, the property regime will be determined by Thai law. [Article 15 I and 14 I Nr.2 EGBGB]

According to Article 5 I of the Statute, the spouses willing to divorce can either choose the jurisdiction

In case the parties did not make a choice of law and jurisdiction, according to Article 8 of the statute, the following jurisdictions are applicable:

Example 8: A Thai couple married in Thailand without setting up a mutual agreement. They permanently move to Germany. In case of divorce, German law is applicable.

Example 9: A mixed Thai-German couple married in Thailand without setting up a mutual agreement. They break up. The German spouse moves back to Germany and files for a divorce. Thai law is applicable. The last ordinary residence of the spouses was in Thailand.

When it comes to conflict of laws, finding the applicable jurisdiction is far from easy.
Divorce proceedings are usually settled in the country where the spouses have their residence. Because of the Rom-III Statute, most courts will have to apply to the jurisdiction in which they have their ordinary residence.